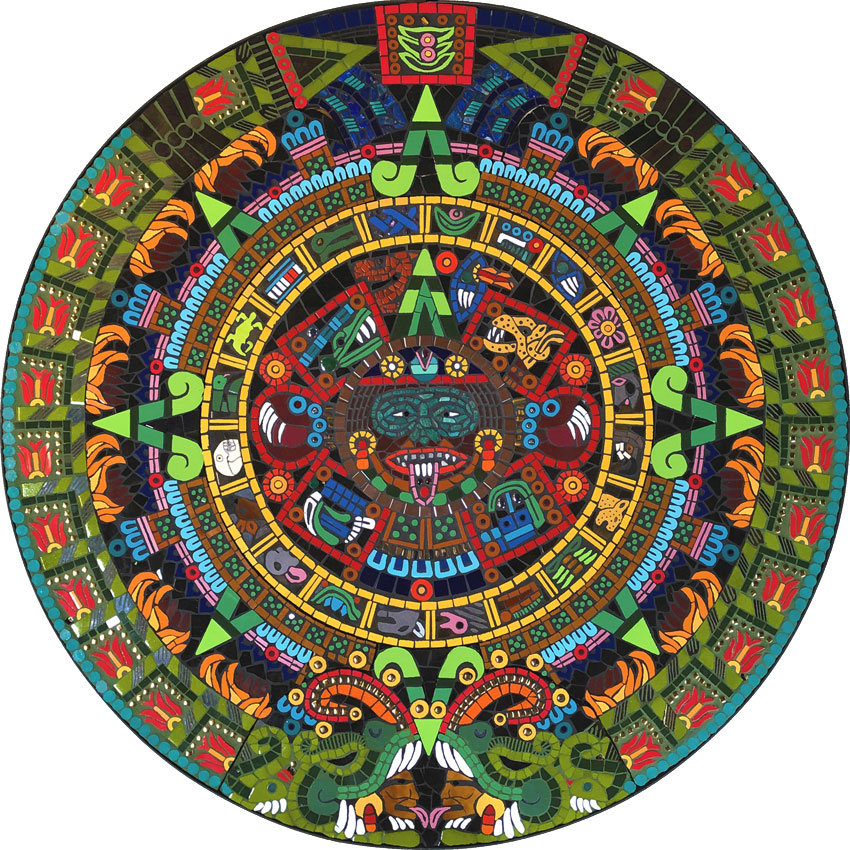 The idea to re-create the Aztec sunstone in mosaic first came about 20 years ago when I first embarked on mosaics as a career. I worked for hours and hours on the design, but realised it was too big and complex for me at the time and shelved the idea – thinking I would create it one day.

It took a major life event to motivate me to get started on the actual mosaic artwork – 17 years later.

I’ve learned that getting lost in an art project is an awesome way to move through and let go of difficult emotions. It’s little wonder the concept of art therapy is getting so much traction these days – I see it every week in my classes.

Anyway, to cut a long story short, I had to put the work away due to other commitments, until another major upset came along – and back came out the Aztec Sunstone! This time I had (or should I say needed) the time and space to finish the artwork.

Pound for pound this would be my most difficult work to date, and which included many challenges and triumphs. It was very rewarding learning a little about Aztec culture – they appeared to be a very successful civilisation until colonialisation took it’s toll 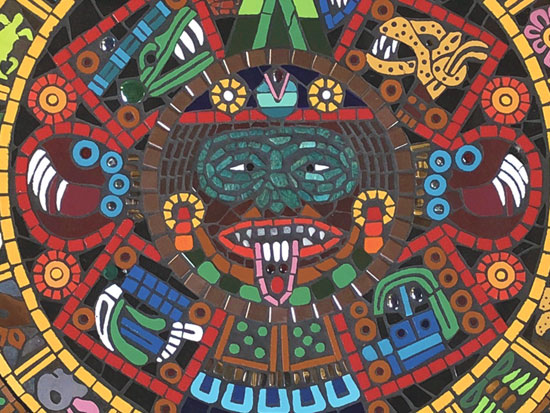 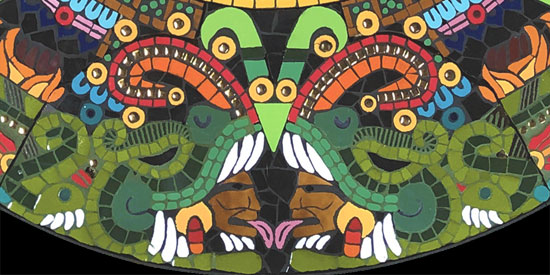 Closeup of the fire serpents with emerging human heads 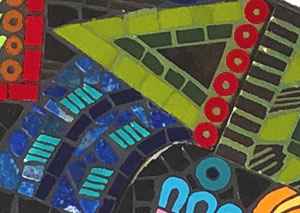 Closeup of the fire serpents tail – there is a lot of etching in the tiles.