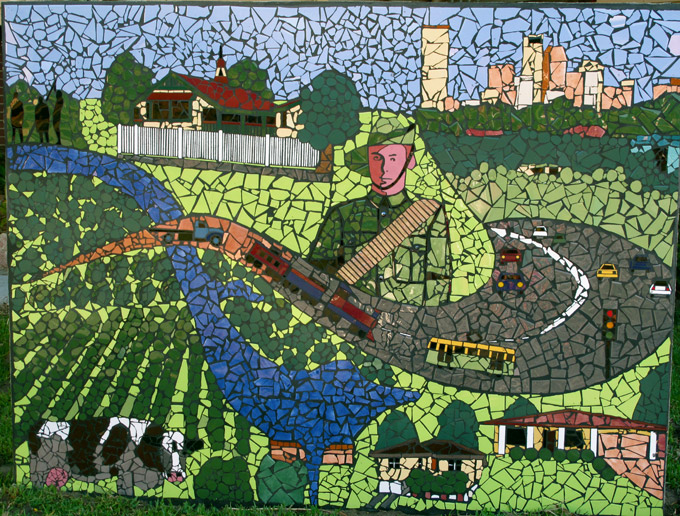 Artist comment: Thanks to some State Government funding, the Enoggerra State School were given the opportunity to create a couple of large mosaic murals to complement a refurbishment of their Schools entry.

The School were celebrating their 100 year anniversary in the same year and it was decided that one wall was to represent their history which has basically transformed from a farming area to an inner city residential precinct. The other wall was to depict the schools emblem & was completed by myself.

The design was conceived with input from the students (all grades) and the construction was to be completed by the year 7 students with mentoring & guidance from myself. Some of the key elements of the design were the central road which started as a dirt track ending as a busy suburban road, the original school building (which hasn’t changed much in 100 years), farmlands, soldier (representing local army barracks), Enoggera reservoir, suburban houses & the city skyline background.

The students worked enthusiastically over the course of a couple months and can take great pride in their finished creation!

The project was officially opened by the Minister for Environment in November 2009. 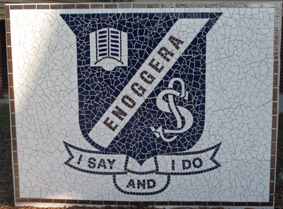 “I say and I do” school emblem 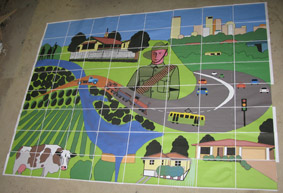 History wall design before we started 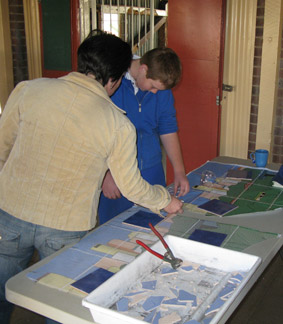 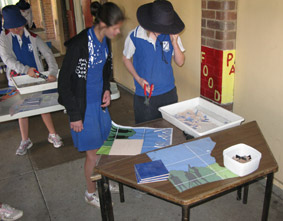 Students hard at work on their School mosaic project! 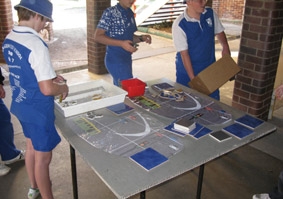 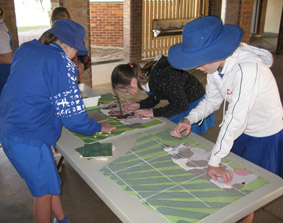 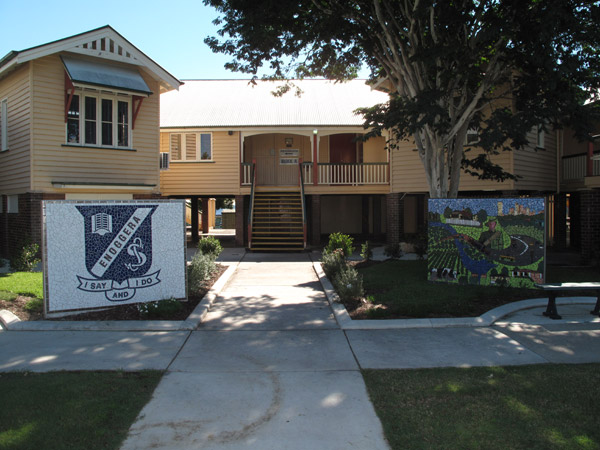 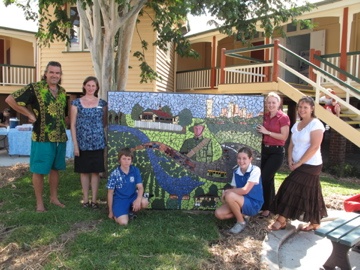